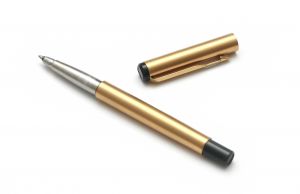 In fiction writing, there’s nothing more important than creating an honest story. An honest story isn’t merely something that truly happened, and it doesn’t refer to non-fiction. An honest story is told by an author who was there, who experienced the narrative in real life, and is writing with the authenticity that can only come from personal experience. Fiction writers are often tempted to use the medium to concoct an elaborate story, or to explore the boundaries of some event that happened to someone else. But the best fiction writing is a product of writing from within, not writing from without. Great narrative movement is not in recounting an epic tale full of conflict and resolution. It’s in the vibrant details of a scene and the specific movements of a character. These elements, added together, create the great tapestry of fiction that puts the reader in the story.

The great stories of American fiction were all told by writers who genuinely experienced them. Readers of The Sun Also Rises are left with no doubt that Hemingway witnessed violent bullfighting, just as readers of Fitzgerald can be sure that he was well-versed on the culture of the swanky Hamptons in the 1920s. The great novels of the last hundred years – and thousands of more modest ones – are tales of personal experience. They’re populated by places an author has been, or people an author has known. At its essence, fiction is as real as any other genre. A great writer crafts a scene and a lens, and puts the reader in the picture. It’s easier to do this when he has already been there.

For a graduate English class many years ago, I was required to read a well-known book called The Electric Kool-Aid Acid Test by Tom Wolfe. The “nonfiction novel” follows Wolfe himself as he becomes immersed in the psychedelic, late-‘60s culture of Ken Kesey and his band of Merry Pranksters. At some point, each character experiments with LSD, a gamble at best given the unknown risks of the drug at the time. After completing the book, the professor of the class asked each student the pivotal question of the novel – did Wolfe really take acid (as he claims to have done)? The question gets at the heart of Wolfe’s credibility, and the reader’s faith in the claims of the book.

It’s the quintessential question of fiction writing, and one thousands of M.F.A. students around the country have encountered. Do you believe the writer? Consciously or not, readers of fiction ask themselves this question each time they read a writer’s work. It’s more than a B.S.-meter; it’s a measure of the author’s ability to write from within. A writer who’s been there can craft a great story with vivid details, and the reader will know it’s written from within.

So, did Wolfe take acid? I didn’t believe so at the time, but most students in the class did. Why would he take acid, I thought? Just for a story? Seems pretty dangerous, just for the sake of being authentic. I realize many years later that the answer was yes. Wolfe would have taken acid for the benefit of the story – to be sure that he was writing from within.

Posted by Unknown at 1:14 PM No comments: 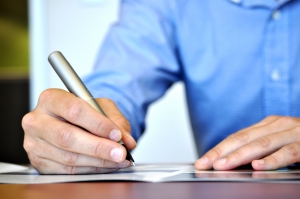 My first job out of college was working as a videotape editor in the tiny newsroom of a local network affiliate. My job was to take endless piles of raw video and turn them into a coherent 30-second piece of news tape for voice-over or live read by the anchor. It was a thankless job spent punching buttons in a closet-sized edit bay. The only time I got noticed was when I screwed up. I would emerge after a couple of hours, squinty-eyed and jumpy, to watch my video on the newscast monitor. Then I would grab some more scripts and skulk back into the edit bay.

I left the world of local news as quickly as possible, but the lessons I learned have stayed with me ever since – always smile for a mugshot and write like an editor. Hopefully, you’ll never need the first lesson, but the second one is crucial for writers. Imagine the piece of crime scene video that appears on every local newscast. It starts with a wide scene-setter and might cut to a close-up of a front door. Then there’s a medium shot of the scene (perhaps a chalk outline on some pavement), followed by flashing police lights, a close-up of yellow crime tape, another wide shot, and a medium shot. There’s never five close-ups in a row, or five wide shots in a row. The videotaped editor is taught to mix up the length of shots to weave a complete picture.

Writers describing a scene would do well to follow this technique, and I always have in my writing. A giant building could be developed by its 1) hulking, monolithic structure, 2) the cornice molding over the doorway entrance, and 3) the businessman walk through it. A male character could be described as 1) a large figure in a pea coat, 2) the gray stubble on his face, and 3) his hands tucked in his coat pockets. It’s the art of the cut-away – from faraway to close-up, and back, that works here. It’s quick stabs of description peppered with light action. Readers need story, but they also need specific details that add without getting in the way.

I’ve often wondered how many great writers worked in local news, or were simply avid watchers of the news. Many seem to follow this descriptive template, and it’s a great tool for first-time authors looking to harness the power of description. Next time you’re struggling with how to describe action, it might be a good idea to turn on the local news and see how they do it.
Posted by Unknown at 1:12 PM 2 comments: